By Nicole Warner
Under Deutsch lernen, Vokabeln & A1
2 min read

What's the Difference Between "Verkehr" and "Stau"?

When you're at the A1 level, "Verkehr" and "Stau" can be tough to differentiate. Most people say "It has something to do with cars!!" If you said that, you're correct! But what's the difference?

The difference is essentially the same as in English, but one use of "Verkehr" might trip you up.

Read on to learn the difference and how not to get tripped up by the one use of "Verkehr"! 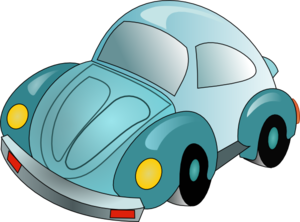 Verkehr is simply the word for traffic. You can have multiple types of Verkehr:

Zähfließender Verkehr is slow-moving traffic. Stockender Verkehr  is the one that will probably trip you up. This is nothing more than stop-and-go traffic, which a lot of us experience during rushhour.

Stau is the word for a traffic jam, when traffic doesn't move, and perhaps you're stopped somewhere for a significant period of time. This is the kind of Stau that you hear on German radio and you hear "ein Kilometer Stau" or "drei Kilometer Stau."

Stau is what happens *every single time schools go on Ferien, especially in Nordrhein-Westphalen. It is not uncommon to hear of hours-long (yes, hours-long) Stau on the Autobahn during Ferien.

How do I remember that Stau is "traffic jam"?

Das ist einfach! Stau has the same first two letters and the same total amount of letters as Stop. If you are talking about cars having stopped, Stau is like Stop.