This Video Proves that Germans Have Humor

Q: How many Germans does it take to change a lightbulb?

A: One. We are efficient and don't have humor.

That's simply not true! Have you been to a German wedding where a guest prepares a game for the bride & groom to play? Usually it's something along the lines of "How well do they really know one another?" Or a guest prepares a kind of comedy show with funny skits for the other guests to enjoy. Germans do have humor, it's simply different than what we expect.

If you still don't believe me, which some of you may not, then I highly recommend you watch the video "Eine Bahnstrecke als Theaterbühne" from the Deutsche Welle by clicking the button below.

N.B. You can toggle the close-captioning on and off by using the "CC" option on the video. First, start the video and then hover over the lower portion until the play field/CC/volume/full-screen modes appear. Click "CC" (circled in red here) to toggle the text on/off. 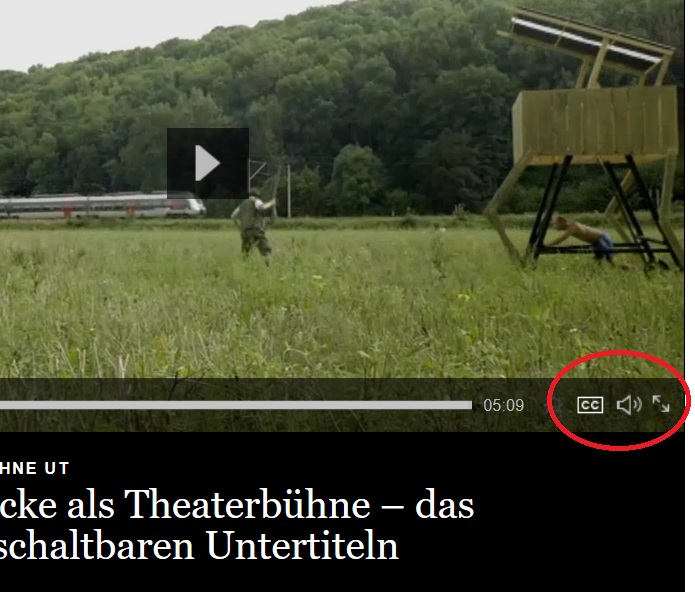 There are multiple worksheets for this video from the Deutsche Welle, a glossary, there's a manuscript with links to word definitions, and you can watch the video as many times as you like on as many days as you would like. For free! Na, worauf warten Sie?

Watch the video at the Deutsche Welle